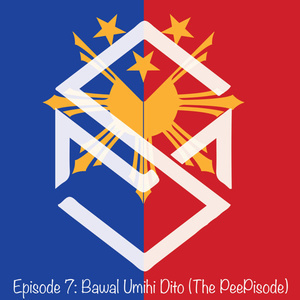 In episode 7, I talk about signs that say Bawal Umihi Dito which translates to You are not allowed to pee here. But is it obvious? I have 3 stories to share regarding this topic. You may think, Wow! 3 stories? Yes, 3 stories. I also share a scene in a movie regarding this topic or was it a joke. I can’t remember that well but it involves comedian Dolphy. I met him before he passed and it was a very memorable experience. I think I got my timeline wrong. In the episode, I mentioned meeting him around Christmas either 2012 or 2013 but he passed away in 2012. So it may have been 2010.

The first story was during the flag ceremony Lupang Hinirang when I attended San Beda School School.

The second story happened in second grade at St Jeromes in Chicago. Jingling is not tagalog but a slang English term used in the Philippines.

Finally, the third, occurred some time in the late 90s with one of my Unlces.

Tagalog Word in this episode